The correct answer is: b) Discuss with parent and provide return precautions

The core question is how to determine if a young child 2-24 months old has a UTI.  Three things guide the diagnosis of UTI:

These were the votes: 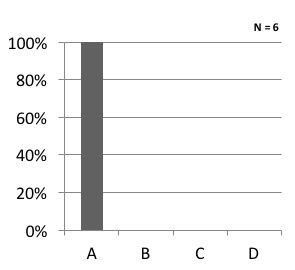